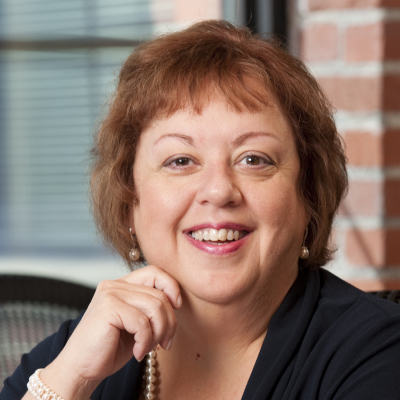 On October 14, 2017, the Firm lost Judy Bruno one of its founding partners, after a long, brave battle with cancer. The Firm lost more than just a partner – it lost an anchor, a voice of reason and friend to everyone, and a leader who was a calm in every storm.

A proud daughter of Pittsburgh’s Mt. Washington neighborhood, she never lived anywhere else. Judy attended Saint Mary of the Mount for elementary and high school, and the University of Pittsburgh for undergraduate and for law school where she was a member of the Law Review. Upon graduating she became admitted to practice in both Pennsylvania and Florida.

She began her legal career in 1987 at the firm then-known as Buchanan Ingersoll P.C. where she began practice as a real estate lawyer, and in 1989 met fellow-associate Maggi Sitko for the first time, who also began her career at that Firm. In 1992, Judy moved to PNC Bank, N.A. – first working as corporate in-house real estate counsel in the legal department, and in 1996 becoming a business person by being named Vice President and Manager. Judy was responsible for managing the real estate acquisition and disposition group (which included a real estate portfolio in excess of 800 sites), the retail buildings group, environmental services and real estate tax administration.

In November of 2000, Judy and Maggi reunited to form the Firm now known as Sitko Bruno, LLC. They intended that the Firm be a different type of law firm – one not devoted solely to maximizing profits per partner, but a place where the highest quality legal work could be produced, while preserving a humane work-life balance. Judy’s even temperament and devotion to the original vision of the culture of the Firm made Sitko Bruno the great place to work that it remains today.

In addition to being a member of the American, Pennsylvania, Florida and Allegheny County Bar Associations, as well as CREW Pittsburgh, Judy also gave back to the community in many ways by being generous with her time and resources to a number of causes that were close to her heart over the years, including Three Rivers Adoption Council, The Western Pennsylvania Humane Society; and The Education Partnership of Pittsburgh.

While she is gone now, Judy’s friendship, leadership and dignity will never be forgotten.